The Passementerie of Samuel & Sons

A Limitless Selection of Beauty, Craftsmanship, and Color

Samuel & Sons has long been a coveted source for the finest quality trimmings such as tassels, borders, braids, gimp, fringes and more. Interior designers and architects around the world have come to rely on the quality and selection available in stock. Innovation, variety and availability have long been the keys to Samuel & Sons' success. Introducing exclusive collections with diverse materials such as silk, wool, grass and wood has led to its selection of over 15,000 trims being eagerly sought after by designers and architects for both residential and hospitality interiors.

The five-story building at 983 Third Avenue took over two years to complete, but the outcome was a stunning two-story showroom with an incredible selection of trimming. Shortly thereafter, Samuel & Sons opened a second showroom in Chicago's famous Merchandise Mart as an extension of its elegant flagship New York showroom. Samuel & Sons launched a third showroom in London's esteemed Chelsea Harbour Design Centre as well as a, spacious 2000-square-foot flagship showroom in the Pacific Design Center in Los Angeles, CA, and a southern flagship in Dallas, TX. To further expand its international presence, the brand opened its newest, two-story showroom in the heart of Paris, France in 2021. With more than 15,000 items to choose from, there is no other place that an interior design professional will find with a selection that rivals Samuel & Sons. Most importantly, Samuel & Sons carries nearly everything in stock, which is available for immediate delivery.

In addition to the in-stock collection, Samuel & Sons has expanded its offerings to include custom trim. Whether making adjustments to an already existing collection or creating a designer's vision from scratch, the Custom Department provides one of a kind design that can be delivered in a timely fashion.

Samuel & Sons is headquartered in New York City in the heart of the design district next to the D&D building. Products are available in flagships and representative showrooms worldwide. 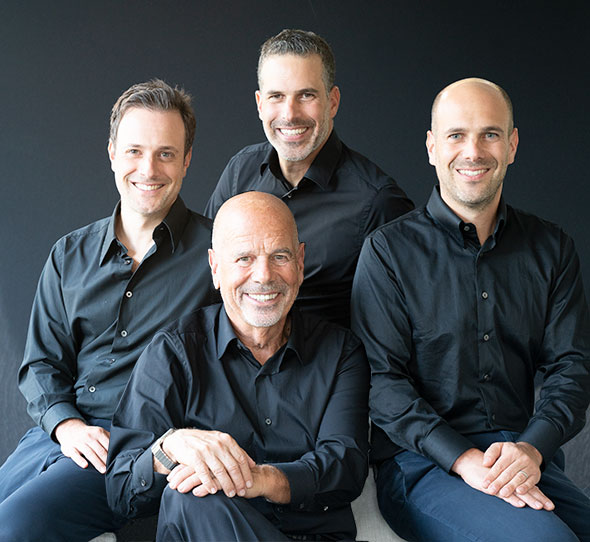